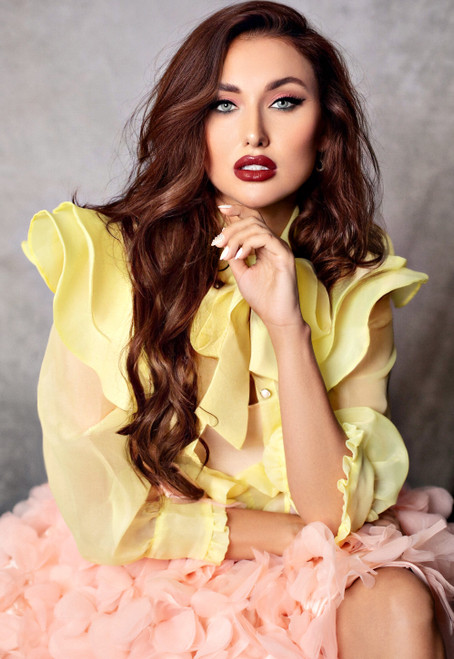 Anna is former Miss Moscow Region 2005, Miss Russia 2006 contestant, Miss Universe Russia 2006 1st Runner up, and is a former Russian representative in Miss Earth, Miss Intercontinental, Miss international and Germany’s Next Top Model. . She graduated Moscow State University with a degree in German Linguistics. Since graduating, Anna has stayed active with her acting and modeling career having appeared in national and international commercials, in Miami Fashion Week along with modeling in Paris, Moscow, Berlin, All over Florida ( USA). Anna was recently published in the MUZHIT magazine, along in Brightline, SmartLiner commercials and is acting in an HBO max series.