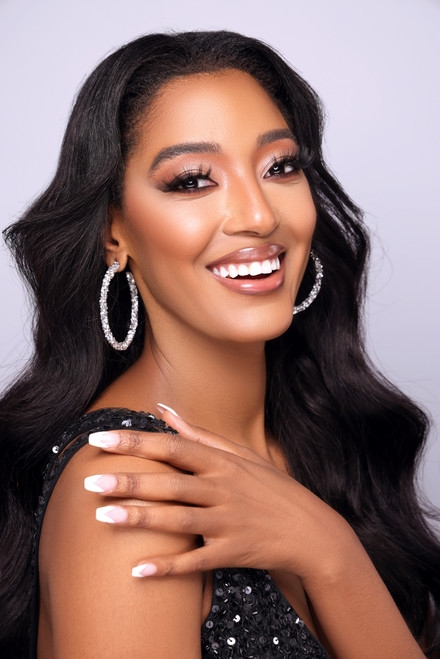 Nadgeena J. is the reigning Miss Long Island 2022 and will go on to compete at Miss New York USA in 2022. She has held state titles in numerous pageant systems, including National American Miss, International Junior Miss, Royal International Miss and placed first runner up in the 2019 Miss Virginia USA pageant.She has worked with numerous designers and been in the modeling and entertainment industry for over 15 years. Nadgeena has walked in New York Fashion Week and New York Bridal Fashion Week, been a fit model for prom designers, and worked as a showroom model at Chicago, New York and Atlanta marts. She has also appeared in numerous television productions, including a national Toyota commercial and a role on WWE.  Nadgeena Jerome has a Bachelor's degree in Journalism from George Mason University. Her experience also includes work as an on-air host, television producer and content producer.