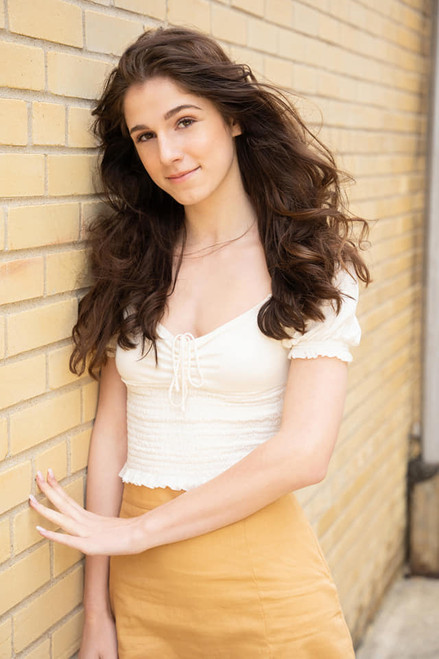 Emma lives in the suburbs of Philadelphia and enjoys playing the Alto Saxophone in the high school marching band. She spends time as a competitive cheerleader on the high school varsity cheer squad. She is the youngest of four siblings and has four dogs and two cats. She began her acting career when she was 10 and has done numerous shows in the local theaters. She began her modeling career earlier in 2021 after graduating from a Talent and Modeling agency in Philadelphia. She placed fourth in the commercial print category at the IMTA's in Orlando Florida in 2021. She hopes to walk in New York Fashion Week in the future.