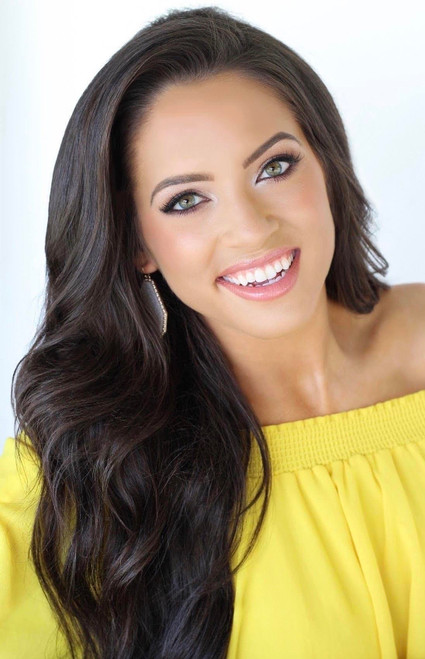 No stranger to the pageant world, Ashlee Nelson has been involved in pageantry from almost 15 years as a contestant, judge, emcee, production assistant, and director. She previously held the title as the 2019-2020 National American Miss, as well Miss Nevada United States 2016 and Miss Nevada Collegiate America 2015. In addition to her involvement in pageantry, she models all over the country and has been featured in various print media and advertisements, starred in a local television commercial, walked in numerous fashion shows, and appeared in both seasons of Global Beauty Masters. Ashlee is on track to receive a Master of Arts in Urban Leadership at the end of the year and has three other academic degrees—a Bachelor of Arts in Communication Studies, a Graduate Certificate in Sport Leadership and Management, and an Associate of Arts. Additionally, she currently cheers for the Henderson Silver Knights while passionately pursuing a career in the Las Vegas sports industry.