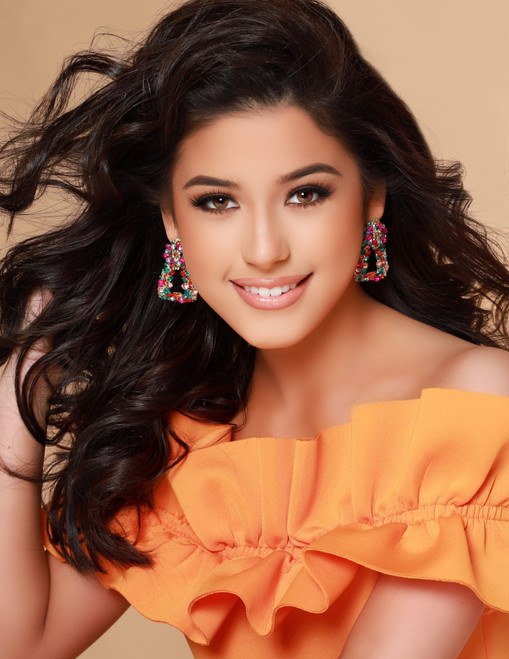 Alexis is the current Teen Universe Verrado and Royal International Miss International Spokesmodel. She was also the 2021 Royal International Miss Arizona where she placed 3rd RU at Interationals. As a model for Rebel Athletcis and IDIFU shoes, she has also modeled for Marc Defang in NYFW as well as several other designers. Being a family member of an airline employee, the skies are the limits. Traveling is in her blood. She is hoping to attend Paris Fashion Week in the Spring of 2023. Her talents include multiple forms of dance including: jazz, musical theater, hip hop, lyrical, contemporary and pom. Being published in several magazine issues, Alexis enjoys transforming her look to to the occassion. As a signed talent actor, she is also shown her flexability by being in 2 recent tv commercials. Her academics don't fall far behind as a National Honor Society student with a 4.0 GPA. Brains and Beauty, a complete package!